What Do the PARABLES of JESUS Mean? 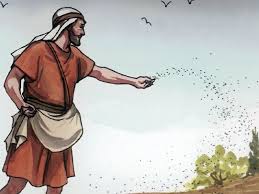 In the previous article, we spoke of what the word "parable" means, and why JESUS often spoke in parables.

What are some of the LORD's parables, and what do they mean?

Are they easy to understand?

Find out through these examples from Matthew 13.

JESUS really made everything simple for us to understand.

A backgrounder -- where JESUS spoke these parables:

13 The same day went Jesus out of the house,

and sat by the sea side.

2 And great multitudes were gathered together unto him,

so that he went into a ship,

and the whole multitude stood on the shore.

Parable of the sower:

3 And he spake many things unto them in parables,

Behold, a sower went forth to sow;

4 And when he sowed,

some seeds fell by the way side,

and the fowls came and devoured them up:

5 Some fell upon stony places,

where they had not much earth:

and forthwith they sprung up,

because they had no deepness of earth:

and because they had no root,

7 And some fell among thorns;

and the thorns sprung up,

8 But other fell into good ground,

and brought forth fruit,

9 Who hath ears to hear,

JESUS explains the parable of the sower:

18 Hear ye therefore the parable of the sower.

19 When any one heareth the word of the kingdom,

and understandeth it not,

then cometh the wicked one,

and catcheth away that which was sown in his heart.

This is he which received seed by the way side.

20 But he that received the seed into stony places,

the same is he that heareth the word,

and anon with joy receiveth it;

21 Yet hath he not root in himself,

but dureth for a while:

for when tribulation or persecution ariseth because of the word,

by and by he is offended.

22 He also that received seed among the thorns is he that heareth the word;

and the care of this world,

and the deceitfulness of riches,

and he becometh unfruitful.

23 But he that received seed into the good ground is he that heareth the word, and understandeth it;

Parable of the tares of the field:

24 Another parable put he forth unto them,

The kingdom of heaven is likened unto a man which sowed good seed in his field:

his enemy came and sowed tares among the wheat,

and went his way.

26 But when the blade was sprung up,

and brought forth fruit,

then appeared the tares also.

27 So the servants of the householder came and said unto him,

Sir, didst not thou sow good seed in thy field?

from whence then hath it tares?

An enemy hath done this.

The servants said unto him,

Wilt thou then that we go and gather them up?

Nay; lest while ye gather up the tares,

ye root up also the wheat with them.

30 Let both grow together until the harvest:

and in the time of harvest I will say to the reapers,

Gather ye together first the tares,

and bind them in bundles to burn them:

but gather the wheat into my barn.

JESUS explains the parable of the tares of the field.

37 He answered and said unto them,

He that soweth the good seed is the Son of man;

the good seed are the children of the kingdom;

but the tares are the children of the wicked one;

39 The enemy that sowed them is the devil;

the harvest is the end of the world;

and the reapers are the angels.

40 As therefore the tares are gathered and burned in the fire;

so shall it be in the end of this world.

41 The Son of man shall send forth his angels,

and they shall gather out of his kingdom all things that offend,

and them which do iniquity;

42 And shall cast them into a furnace of fire:

there shall be wailing and gnashing of teeth.

43 Then shall the righteous shine forth as the sun in the kingdom of their Father.

Who hath ears to hear, let him hear.

44 Again, the kingdom of heaven is like unto treasure hid in a field;

the which when a man hath found,

and for joy thereof goeth and selleth all that he hath,

and buyeth that field.

45 Again, the kingdom of heaven is like unto a merchant man,

46 Who, when he had found one pearl of great price,

went and sold all that he had,

47 Again, the kingdom of heaven is like unto a net,

that was cast into the sea,

and gathered of every kind:

they drew to shore,

and gathered the good into vessels,

but cast the bad away.

the angels shall come forth,

and sever the wicked from among the just,

50 And shall cast them into the furnace of fire:

there shall be wailing and gnashing of teeth.

Parable of the mustard seed:

31 Another parable put he forth unto them,

The kingdom of heaven is like to a grain of mustard seed,

which a man took,

and sowed in his field:

32 Which indeed is the least of all seeds:

but when it is grown,

it is the greatest among herbs,

and becometh a tree,

so that the birds of the air come and lodge in the branches thereof.

Parable of the leaven:

33 Another parable spake he unto them;

which a woman took,

and hid in three measures of meal,

till the whole was leavened.

Email ThisBlogThis!Share to TwitterShare to FacebookShare to Pinterest
Labels: Bible Power, GOD's Love, How to conquer evil, How to FOLLOW Jesus, On being PERFECT for God, The PARABLES of JESUS
Newer Post Older Post Home

What is RIGHT HEART? 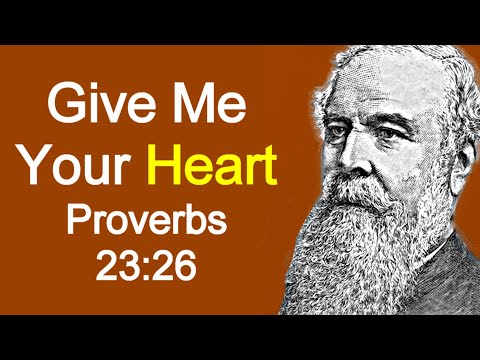 2 Timothy 3:16-17 (KJV)
16 All scripture is given by inspiration of God, and is profitable for doctrine, for reproof, for correction, for instruction in righteousness:
17 That the man of God may be perfect, thoroughly furnished unto all good works.

JESUS and His MINISTRY of RECONCILIATION

The LORD JESUS Calls Us to REPENTANCE

Leila Casusi
"Study to shew thyself approved unto God, a workman that needeth not to be ashamed, rightly dividing the word of truth." 2 Timothy 2:15 KJV