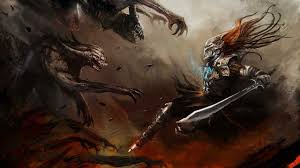 You are correct, if you think evil is real.

Scripture will confirm it for you.

It is now time to know who and what evil really is.

1. He is the author of confusion.

3 Now the serpent was more subtil

than any beast of the field

which the Lord God had made.

And he said unto the woman,

Ye shall not eat of every tree of the garden?

2 And the woman said unto the serpent,

We may eat of the fruit of the trees of the garden:

3 But of the fruit of the tree

which is in the midst of the garden,

God hath said, Ye shall not eat of it,

neither shall ye touch it,

4 And the serpent said unto the woman,

Ye shall not surely die:

that in the day ye eat thereof,

then your eyes shall be opened,

and ye shall be as gods,

12 How art thou fallen from heaven, O Lucifer,

son of the morning!

how art thou cut down to the ground,

which didst weaken the nations!

16 By the multitude of thy merchandise

they have filled the midst of thee with violence,

and thou hast sinned:

therefore I will cast thee as profane

out of the mountain of God:

and I will destroy thee, O covering cherub,

from the midst of the stones of fire.

4. He deceives the whole world.

7 And there was war in heaven:

Michael and his angels fought against the dragon;

and the dragon fought and his angels,

neither was their place found any more in heaven.

9 And the great dragon was cast out,

which deceiveth the whole world:

he was cast out into the earth,

and his angels were cast out with him.

5. He is allowed to test God's faithful.

6 Now there was a day

when the sons of God came

to present themselves before the Lord,

and Satan came also among them.

7 And the Lord said unto Satan,

Then Satan answered the Lord, and said,

From going to and fro in the earth,

and from walking up and down in it.

8 And the Lord said unto Satan,

Hast thou considered my servant Job,

that there is none like him in the earth,

a perfect and an upright man,

one that feareth God,

9 Then Satan answered the Lord, and said,

10 Hast not thou made an hedge about him,

and about his house,

and about all that he hath on every side?

thou hast blessed the work of his hands,

and his substance is increased in the land.

11 But put forth thine hand now,

and touch all that he hath,

and he will curse thee to thy face.

12 And the Lord said unto Satan,

Behold, all that he hath is in thy power;

only upon himself put not forth thine hand.

So Satan went forth from the presence of the Lord.

6. He tried to stop God's plan of salvation, through Peter.

23 But he turned, and said unto Peter,

Get thee behind me, Satan:

thou art an offence unto me:

for thou savourest not the things that be of God,

but those that be of men.

44 Ye are of your father the devil,

and the lusts of your father ye will do.

He was a murderer from the beginning,

and abode not in the truth,

because there is no truth in him.

When he speaketh a lie,

he speaketh of his own:

for he is a liar,

and the father of it.

8. He waits in ambush, ready to devour souls.

because your adversary the devil,

as a roaring lion,

seeking whom he may devour:

9 Whom resist stedfast in the faith,

knowing that the same afflictions

are accomplished in your brethren

that are in the world.

11 Put on the whole armour of God,

that ye may be able to stand

against the wiles of the devil.

12 For we wrestle not against flesh and blood,

against the rulers of the darkness of this world,

against spiritual wickedness in high places.

20 And I saw an angel come down from heaven,

having the key of the bottomless pit

and a great chain in his hand.

2 And he laid hold on the dragon,

which is the Devil,

and bound him a thousand years,

3 And cast him into the bottomless pit,

and shut him up,

and set a seal upon him,

that he should deceive the nations no more,

till the thousand years should be fulfilled:

and after that he must be loosed

11. He possesses souls, destroying the heart.

22 Now the feast of unleavened bread drew nigh,

which is called the Passover.

2 And the chief priests and scribes sought

for they feared the people.

being of the number of the twelve.

and communed with the chief priests and captains,

5 And they were glad,

and covenanted to give him money.

and sought opportunity to betray him

unto them in the absence of the multitude.

10 To whom ye forgive any thing,

for if I forgave any thing,

to whom I forgave it,

for your sakes forgave I it

in the person of Christ;

11 Lest Satan should get an advantage of us:

for we are not ignorant of his devices.

13. He tests our character, and our conceit.

7 And lest I should be exalted above measure

through the abundance of the revelations,

there was given to me a thorn in the flesh,

the messenger of Satan to buffet me,

lest I should be exalted above measure.

8 For this thing I besought the Lord thrice,

My grace is sufficient for thee:

for my strength is made perfect in weakness.

will I rather glory in my infirmities,

that the power of Christ may rest upon me.

10 Therefore I take pleasure in infirmities,

in distresses for Christ's sake:

for when I am weak,

then am I strong.

14. He is out to destroy the churches.

8 And unto the angel of the church in Smyrna write;

These things saith the first and the last,

which was dead, and is alive;

(but thou art rich)

and I know the blasphemy of them

which say they are Jews,

but are the synagogue of Satan.

10 Fear none of those things which thou shalt suffer:

behold, the devil shall cast some of you into prison,

that ye may be tried;

and ye shall have tribulation ten days:

be thou faithful unto death,

and I will give thee a crown of life.

let him hear what the Spirit saith unto the churches;

shall not be hurt of the second death.

12 And to the angel of the church in Pergamos write;

These things saith he

which hath the sharp sword with two edges;

and where thou dwellest,

even where Satan's seat is:

and thou holdest fast my name,

and hast not denied my faith,

even in those days

wherein Antipas was my faithful martyr,

who was slain among you,

14 But I have a few things against thee,

because thou hast there

them that hold the doctrine of Balaam,

who taught Balac to cast a stumblingblock

before the children of Israel,

to eat things sacrificed unto idols,

and to commit fornication.

15 So hast thou also them

that hold the doctrine of the Nicolaitanes,

which thing I hate.

or else I will come unto thee quickly,

and will fight against them

with the sword of my mouth.

to be tempted of the devil.

2 And when he had fasted forty days and forty nights,

he was afterward an hungred.

3 And when the tempter came to him, he said,

If thou be the Son of God,

command that these stones be made bread.

4 But he answered and said,

Man shall not live by bread alone,

but by every word that proceedeth

out of the mouth of God.

5 Then the devil taketh him up into the holy city,

and setteth him on a pinnacle of the temple,

6 And saith unto him,

If thou be the Son of God,

for it is written,

He shall give his angels charge concerning thee:

and in their hands they shall bear thee up,

lest at any time thou dash thy foot

7 Jesus said unto him,

It is written again,

Thou shalt not tempt the Lord thy God.

8 Again, the devil taketh him up

into an exceeding high mountain,

and sheweth him all the kingdoms of the world,

and the glory of them;

9 And saith unto him,

All these things will I give thee,

if thou wilt fall down

10 Then saith Jesus unto him,

for it is written,

Thou shalt worship the Lord thy God,

and him only shalt thou serve.

11 Then the devil leaveth him, and, behold,

angels came and ministered unto him.

It will be a source of great comfort for you to know what JESUS came here for (read "Why Did Jesus Have to Die?"):

8 He that committeth sin is of the devil;

for the devil sinneth from the beginning.

For this purpose the Son of God was manifested,

that he might destroy the works of the devil.

14 Forasmuch then as the children

are partakers of flesh and blood,

he also himself likewise took part of the same;

that had the power of death,

that is, the devil;

What elicits God's wrath and disgust? According to Scripture, the things mentioned below are abominations to God. If we love God with ... 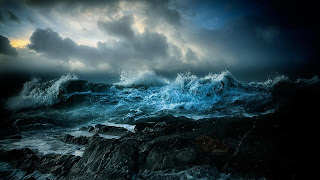 JESUS and His MINISTRY of RECONCILIATION

The LORD JESUS Calls Us to REPENTANCE

Leila Casusi
My work as writer and researcher, is in service to the LORD. May we all honor the LOVE and SACRIFICE of the LORD JESUS, especially in these most determining times, where the wheat will be separated from the chaff.